Copalli’s 100% organic aged rum is produced from the juice of heirloom sugarcane and canopy water captured from the rainforest. Double pot still distillation and barrel ageing results in a rich, powerful and flavourful spirit.

Copal Tree Distillery’s rums are produced from organic, non-GMO heirloom sugarcane juice sourced from its own farms, instead of molasses, and fermented using organic local yeast.

For this barrel-rested rum, double distillation occurs exclusively in a Charentais pot still. This is then rested in medium char former bourbon barrels. Pure canopy water from the jungle surrounding the distillery is used to finish the rum, contributing to its soft, clean flavour profile.

This rich, honeyed rum is delicious neat, while also serving as a powerful, flavourful base for your favourite rum drinks, or in contemporary cocktails such as the Daisy de Punta Gorda. 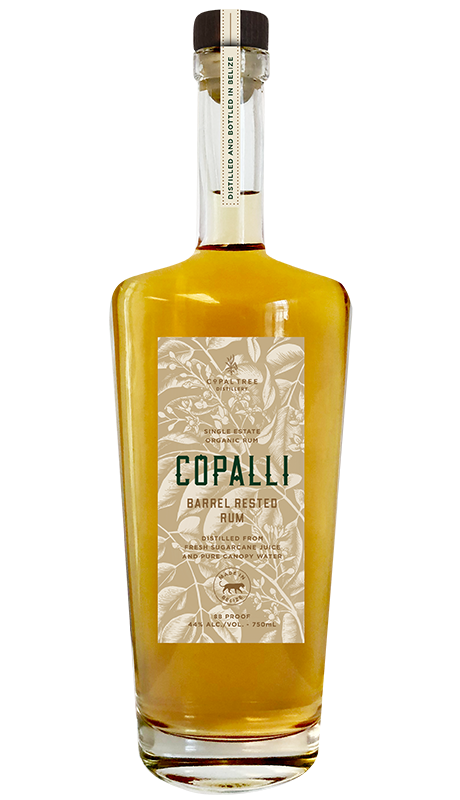 Cinnamon spice and nutmeg, with blackberries, vanilla and tobacco.