Perfect added to hot chocolate or other cocktails, Minttu is also ideal enjoyed on its own. Or, try mixing equal parts with Koskenkorva’s salty liquorice liqueur, Salmiakki. 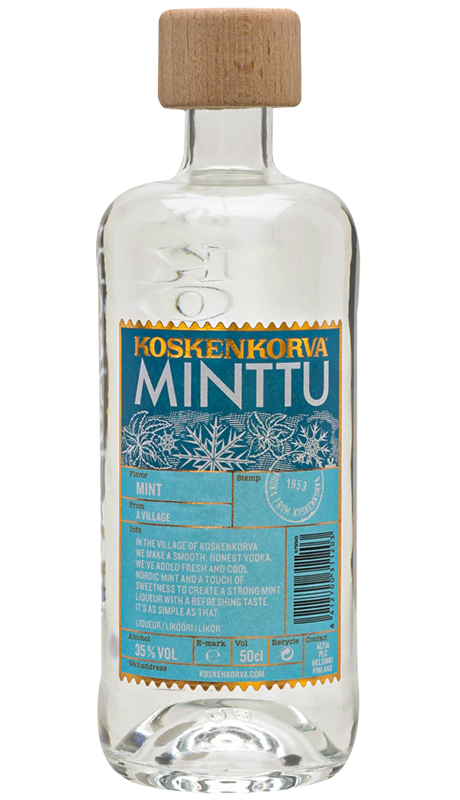 Full-bodied, with more powerful peppermint and a hint of caramel.

Long and refreshing with lingering mintiness.