Koskenkorva Sauna Barrel is aged for six months in charred oak barrels, giving distinctive flavour notes of tar, smoke and a trace of Bourbon, this a vodka unlike any other.

The vodka is then aged for six months in charred ex-Bourbon oak barrels, which provides its unique smoky profile.

Emerging from the heat of the sauna, this unique vodka delivers hints of tar, smoke and a trace of Bourbon from the spirit’s time in cask. With whiskey-like characteristics, it’s perfect in cocktails such as the Steam & Smoke, and an update on the classic Manhattan. 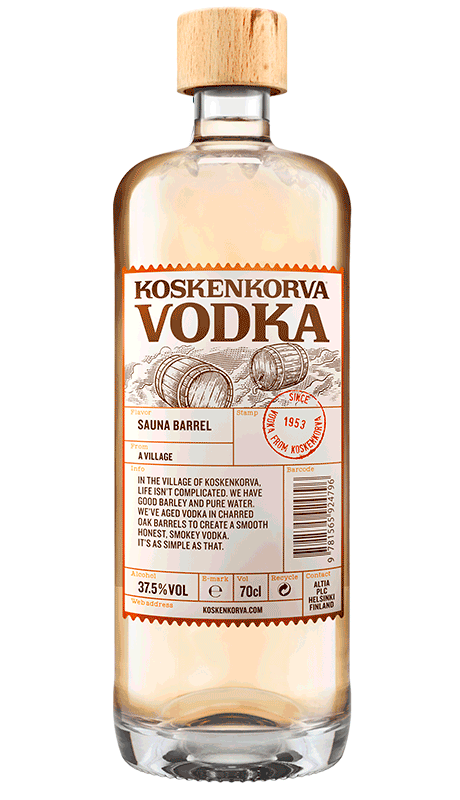 Rich with hints of Bourbon, toasted malts and vanilla

Warming with lingering spice and smoke 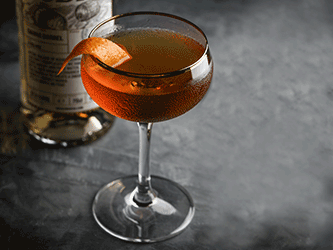