A journey into the Nordic forests – Koskenkorva’s flavoured vodkas are inspired by Finnish foraging traditions, craft distilled with flavours and essences evocative of this idyllic Scandinavian village’s beautiful surrounding landscapes.

Yarrow is a flowering plant which has traditionally been used as a medicinal herb for thousands of years. It provides a light herbal twist to complement the vodka’s zesty citrus flavours.

Following the distillation process, the spirit is infused with locally sourced yarrow and natural lemon and lime extracts, before being filtered and bottled at 40% ABV.

Fresh and floral – expect yarrow and bright zest on the nose whilst Nordic herbs, and citrus excite the palate in this crisp, clean vodka.

Enjoy on its own, or try it in a refreshing Korva Collins, a new take on the classic Tom Collins. 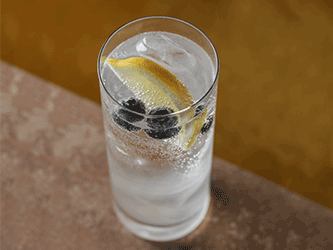